During the month of March 2020, Marketing Advisory Services conducted a survey on the construction industry in Malta. The sample was made up of 363 respondents. The results are presented in the infographic below. 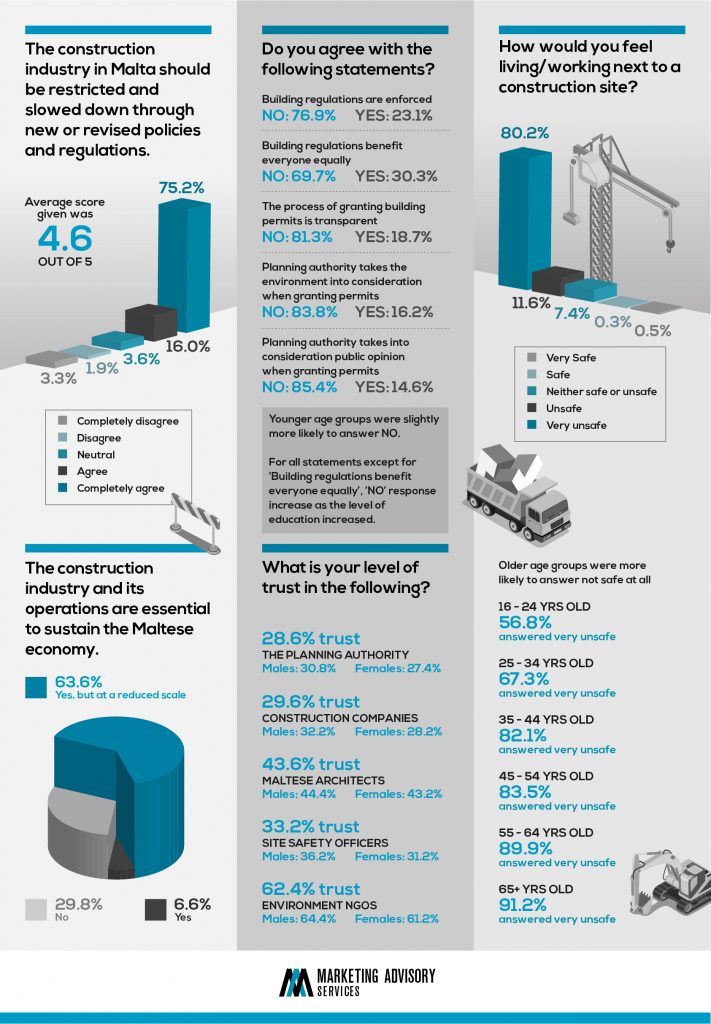 Respondents showed a low level of agreement with various statements regarding the building regulations in Malta. Younger age groups were more likely to show a higher level of disagreement with such statements.

Respondents had low levels of trust towards: The Planning Authority, construction companies, Maltese architects, site safety officers, and environmental NGOs. On average, females were slightly less trusting towards all the above-mentioned parties, when compared to males.

A large majority of respondents stated that they would not feel safe living or working next to a construction site. Older age groups were more likely to feel unsafe as the percentage of respondents who answered unsafe increased with each age group.

Overall, the results clearly indicate that the public has a negative perception of the way the Maltese construction industry is currently operating.

SECURITY TESTING KNOW HOW 2: PENETRATION TESTING
COVID-19: THE SHOW MUST GO ON

We use cookies to ensure that we give you the best experience on our website. If you continue to use this site we will assume that you are happy with it.OkPrivacy policy